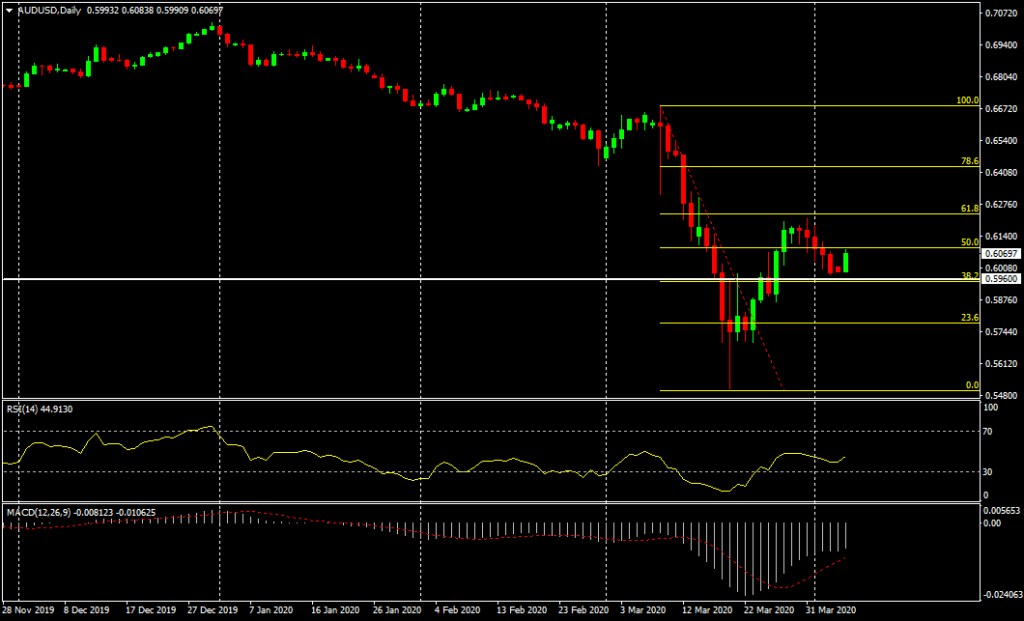 Stock markets have an impressive bullish opening, mostly with gaps, as Investors are hoping that Europe has already peaked on its fight with COVID-19. Even though US hasn’t yet reached its peak, as most believe, markets discount the fact that this crisis will be over sooner or later. Most economic data have already been affected by the coronavirus impact as well as estimations have become pessimistic, however, Traders are anticipating for a trend reversal on new infections and mortality rate.

Would you Trade online during volatility? 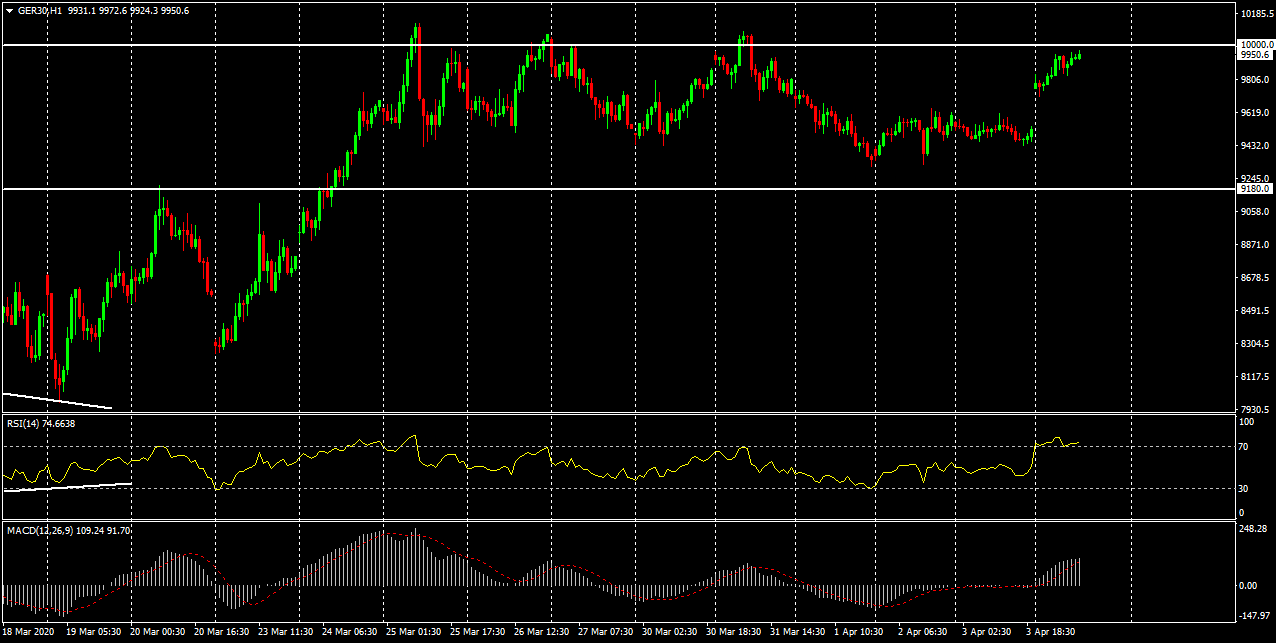 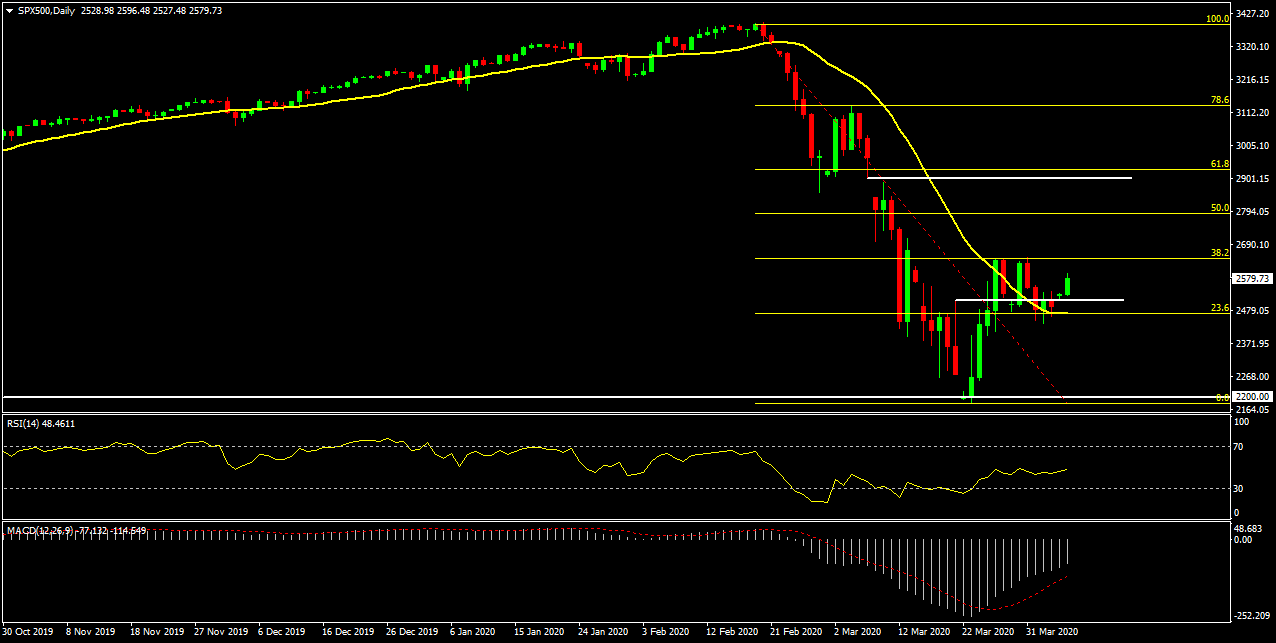 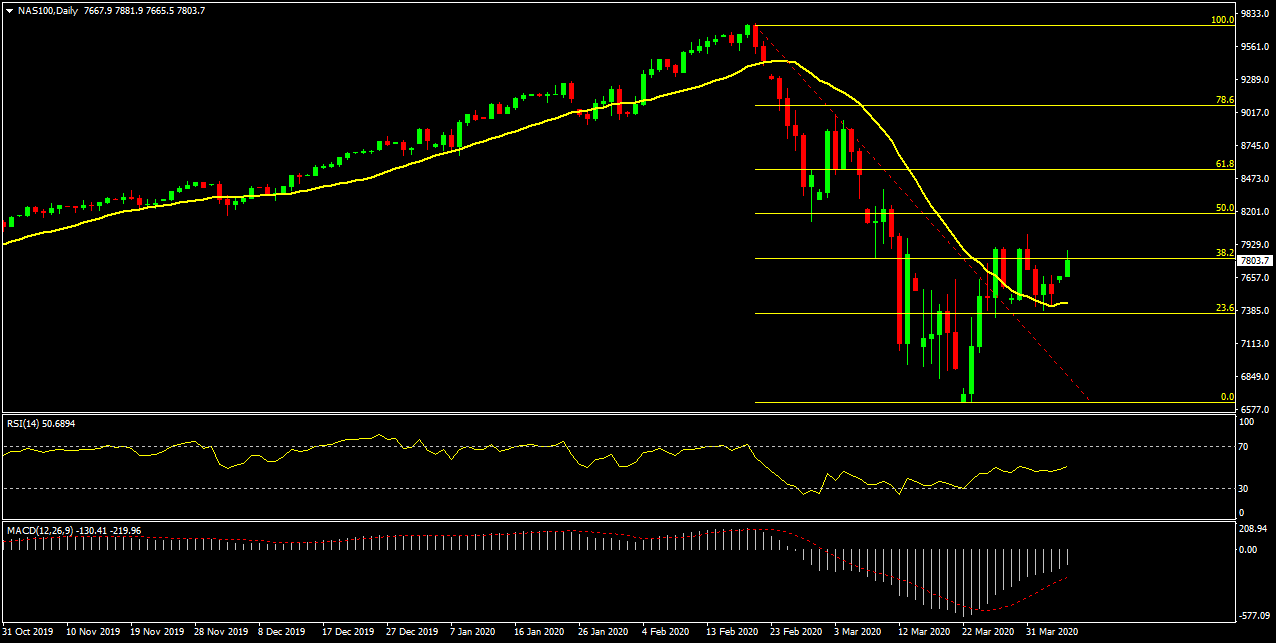 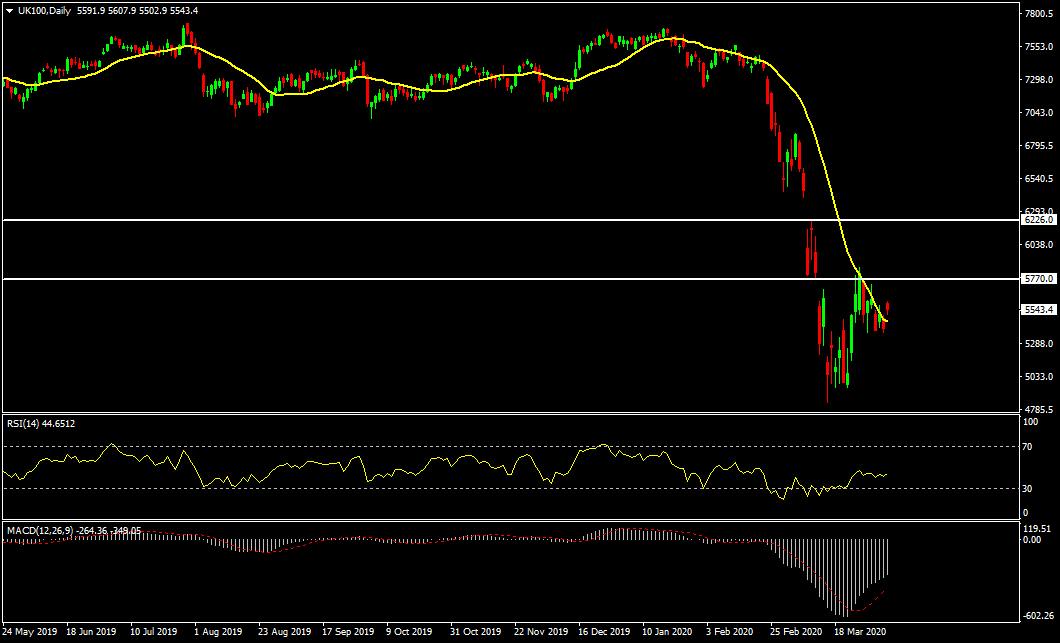 Heading to currencies, EURUSD is moving below 61.8% while AUDUSD is forming a bullish daily candlestick above the 38.2% Fibonacci retracement level. GBPUSD is still holland above 1.2195 and USDJPY tested 50% from below and failed to close above it. 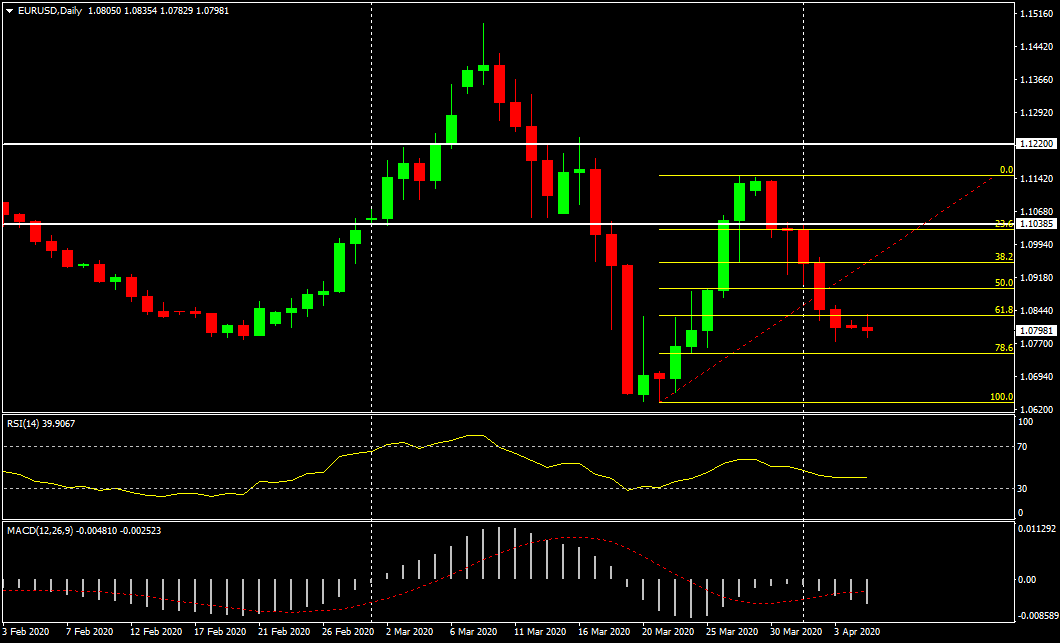 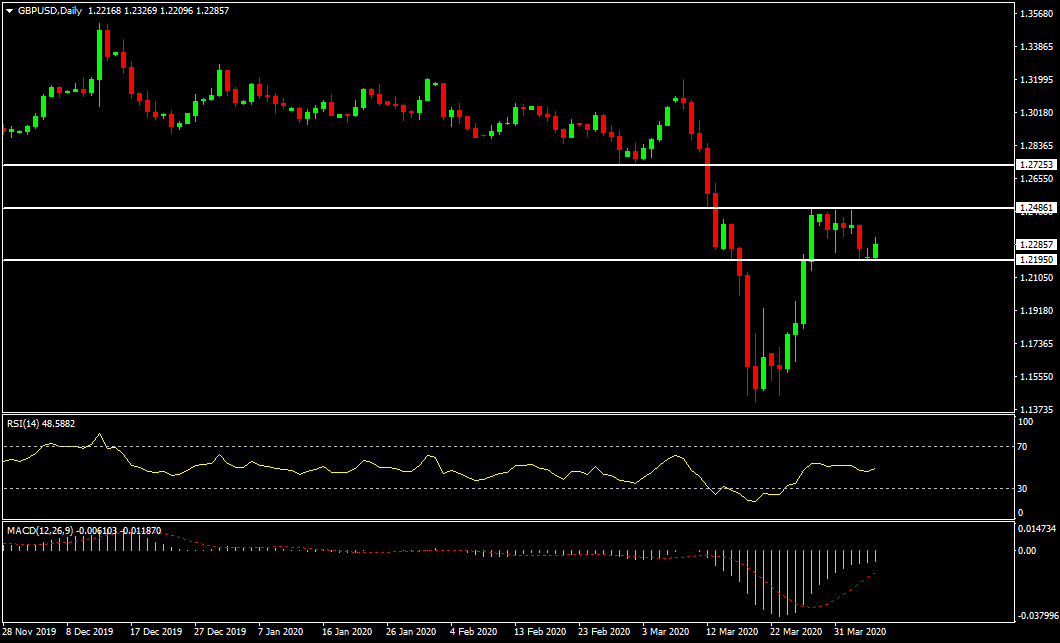 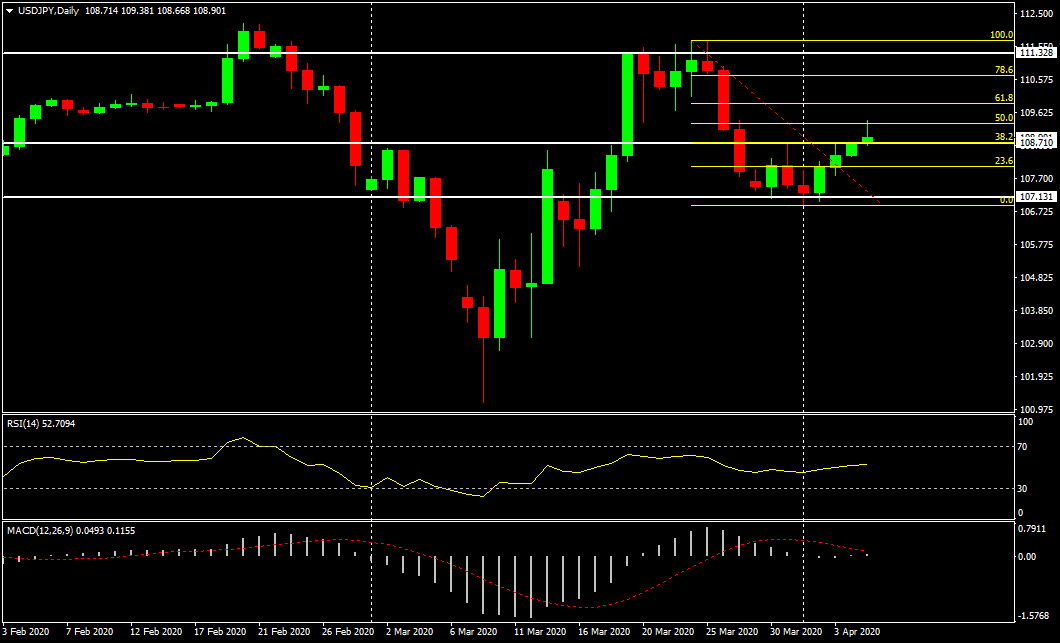 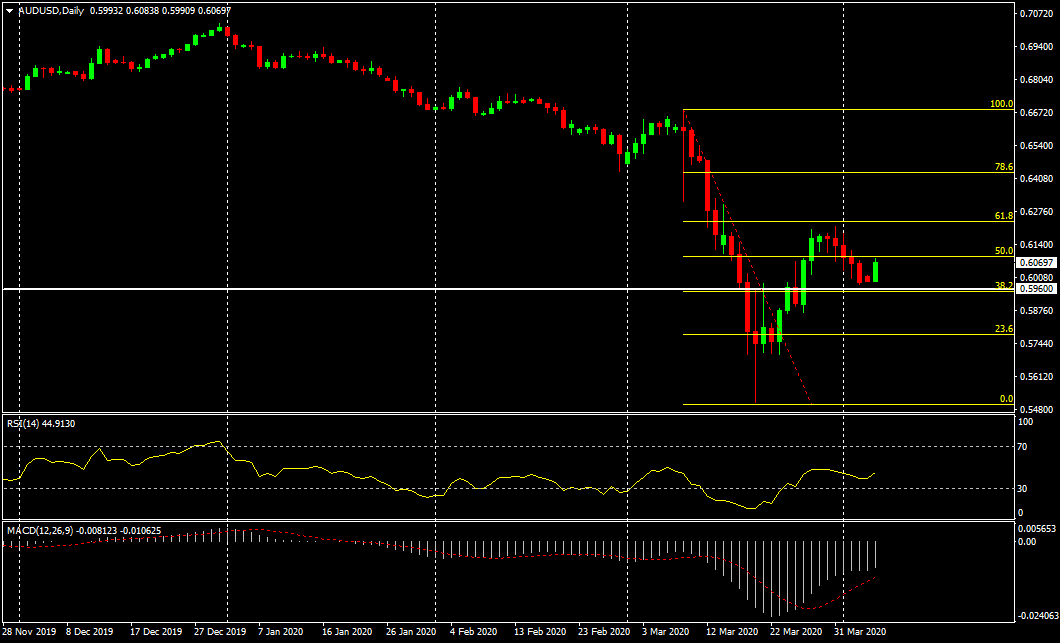 Checking the Market  Sentiment, the community is buying USDJPY and USDCAD while is selling GBPUSD and GBPJPY.

It’s been a decent start to the week for markets today on a combination of factors. Firstly, rising optimism that fatality rates for Covid-19 may well be starting to plateau in Europe has seen strong gains across the board, after Spain, Italy and France reported a dip in the death rate in their respective countries.

We’ve also seen a variety of new measures being announced to cushion the economic effects of the virus from the governments of Japan, Singapore and Spain, while in the US, house speaker Nancy Pelosi has raised the prospect of another US stimulus package later this month. Germany also said it was planning a “limitless credit” facility for small companies.

President Trump also said that he was hopeful that the rise in US cases was showing signs of levelling off, while also warning that the next two weeks were likely to be horrific, from a casualty point of view.

While today’s rebound is welcome it still seems a little early to be trumpeting a turning point in sentiment given that we are still below last week’s highs.

Car sales across Europe have seen sharp declines in recent weeks with BMW reporting that its sales collapsed in Q1 by 21% as the company closed production lines and show rooms in response to the coronavirus. Of course that means its shares are higher.

All of its major markets were down sharply with China the worst affected. Here in the UK new car registrations posted their worst fall since the 1990’s with a decline of 44.4% in March as the UK economy went into lock down, and consumers held back from large purchases.

Amongst the best performers today, Legal and General has outperformed after late on Friday announcing it would be looking to pay its final dividend in 2019 after all, going against a recommendation by the Bank of England not to do so.

Management said that the business is in a healthy state financially and pushed back on the PRA by insisting that dividend income was more important than ever in these troubling times, particularly for retail investors.

Rolls Royce has become the latest in a long line of companies to announce that it was scrapping its dividend as it battles a cash flow crisis. Concerns about the company’s financial position has seen its share price collapse in the last few weeks, down over 60% since the beginning of the year. The company said it would be cutting salaries across its workforce by 10% in 2020 as it looks to shore up its cash position, while senior executives would see 20% cuts.

The collapse in air travel has seen nearly half of its projected revenue disappear, as airlines ground their fleets, and the various travel bans bite. This collapse in revenues has meant that the company has had to defer bonuses for its CFO and CEO, as well as securing an additional $1.5bn revolving credit line in addition to the $2.5bn it secured in March. Given the ongoing uncertainty the company has also scrapped its guidance. This morning’s rebound in the share price suggests that markets knew this was coming and was already priced in.

Easyjet has also had a good day having secured £600m of commercial paper through the Bank of England’s emergency Covid financing facility. In so doing the company has helped boost access to cash reserves in excess of £2bn. Management also said that an agreement had been reached with BALPA on furlough arrangements for its pilots for while its planes are grounded. Investors don’t appear to be overly concerned by comments from founder Stelios Haji-Ioannau that the airline could run out of money by August due to over optimistic assumptions as to when normal service would be resumed.

With the restaurant sector undergoing a wholescale wipe out due to the lockdown, Wagamama’s owner the Restaurant Group has become the latest business to announce wholesale cuts to boardroom salaries, and bonuses. Banking facilities have also been increased with an extra £15m added to the overall debt facilities.

US markets opened sharply higher on optimism that fatal cases of coronavirus may well have peaked in New York, with the Dow and S&P500 rising over 5% in the first hour of trading.

Boeing shares are sharply higher after the company extended the shutdown of its Seattle production operations indefinitely.

In the airline sector both United Continental and American Airlines have taken steps to cut flights further to the New York city area. Delta shares have slipped back after saying that it was expecting to see revenues fall by 90% in Q2, while also warning that Q3 could well be even worse.

With financial markets remarkably buoyant today, commodity currencies have felt the benefits, rebounding strongly, with the Australian and New Zealand dollar gaining ground, while the Norwegian Kroner has also done well, despite a slightly weaker oil price. Optimism over a positive outcome from this week’s OPEC+ meeting is helping on the fringes here.

The pound has shrugged off some earlier weakness, as a result of the hospitalisation of the UK Prime Minister for tests on his condition, as he looks to recover from his exposure to coronavirus, and is retesting its recent peaks against the euro

Crude oil prices have struggled today after the latest OPEC+ meeting was deferred until later this week, over disagreements on the scale and scope of possible productions cuts between Russia and Saudi Arabia. They have recovered off the lows of the day, opening over 10 % lower on Sunday night, however sentiment is set to remain cautious ahead of this week’s possible OPEC+ meeting on Thursday.

Gold prices have edged back towards their best levels in a week, largely on the back of a weaker US dollar, as well as the raft of new stimulus measures by various governments, that have been announced in the last 24 hours, or so.

The views expressed do not constitute investment or any other advice /recommendation /suggestion and are subject to change. Reliance upon information in this material is at the sole discretion of the reader. Opinions expressed in the report do not represent the opinion of this site’s owners nd do not constitute an offer or invitation to anyone to invest or trade. 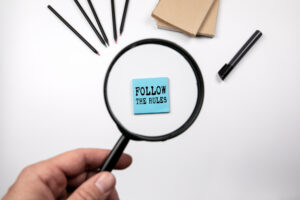 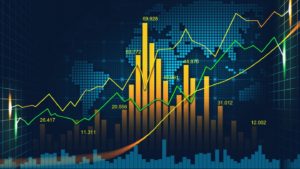 Markets are anticipating NFP data now after getting shocked by the jobless claims report yesterday. Though Traders were expecting the jobless rate will be huge as many US companies were forced to shut down their production or even operation i.e. Apple announced that it will keep their stores closed until early May based on reports. […] 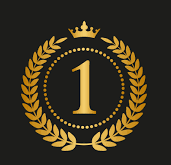 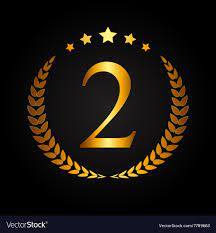 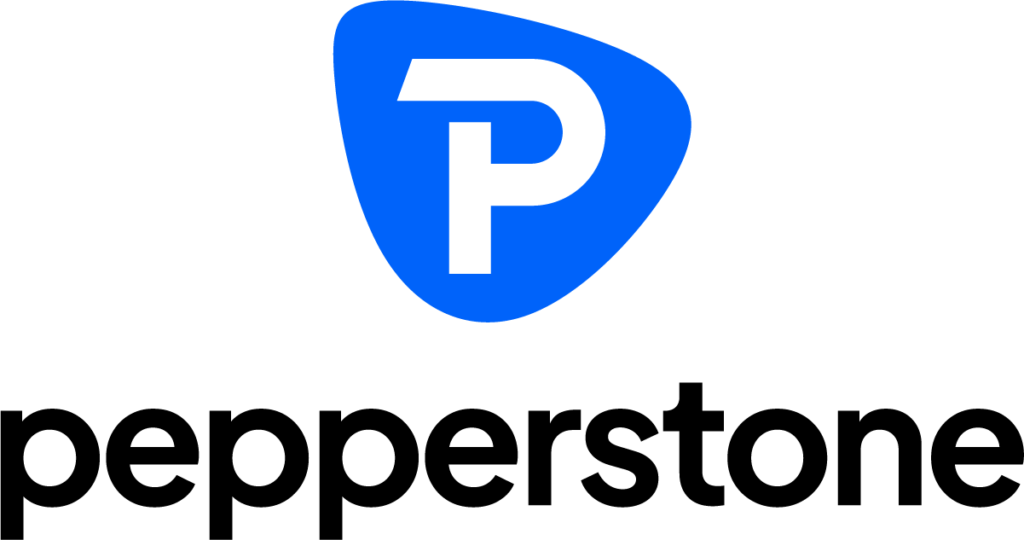